‘The Passion of Ex-Lovers’ Chelsea FanCast #437

Stamford Chidge is joined by Jonathan Kydd and Liam Twomey, ESPNs Chelsea correspondent to look back at Saturday’s match against Man Utd.

On the show tonight we’ll be discussing the fall-out from the bust up on the benches. Was Marco Ianni classless? Did Mourinho manipulate the situation or was it an understandable reaction and were Chelsea fans really classless in chanting ‘Fuck Off Mourinho’?

In part two we give some credit to Mourinho’s tactics; worry about Eden Hazard; despair about Morata; question Chelsea’s defence and offer a tribute to Matthew Harding who died 22 years ago today. 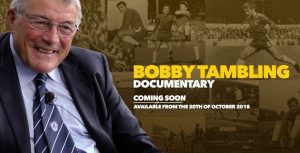 In part three, we have four excellent emails for Jonathan to read out and in part four we have a roundup of Chelsea supporter news and an interview with Chris Barnett who has produced the “Bobby Tambling 202” film celebrating the career of Bobby Tambling with contributions from Frank Lampard, Kerry Dixon, Ron Harris and others. We’ll also have a competition to win a DVD of the film signed by Bobby Tambling. These are extremely rare as only 25 have been made, so this is a very special prize.

If you want to enter the competition then we’ll need your answer emailed to chelseafancast@gmail.com by Friday 26th October.

If you want to watch the film then go to chelseafan12.com and go to the ‘video’ section and pay 2.99 pounds to access it. The proceeds from the film will go to Bobby Tambling so as well as being a great watch, its a worthwhile cause supporting a Chelsea legend.