Stamford Chidge is joined by Jonathan Kydd, Mark Meehan and Dayne Whittle to look back at the 1994-95 season.

In Part Two we pick up the season from January where Chelsea made short work of Charlton in the FA Cup to set up a tie with Millwall. Never for the feint hearted, Chelsea drew 0-0 in the ‘Lion’s Den’ and then drew again in the replay at the Bridge before going out on penalties. Terrible refereeing and carnage on and off the pitch!

The League form began to suffer as Chelsea focussed on progression in the European Cup Winners’ Cup. Poor form at home where Chelsea did not win from October 23rd to April 15th caused concern that a relegation battle might be on the cards.

It was all about Europe though, as an epic night at the Bridge in the quarter final second leg against Brugge saw Chelsea get through to their 3rd semi final in 5 European campaigns. Sadly it was to end in heroic failure after turning round a 3-0 away leg deficit to beat Zaragoza 3-1 at home, only to go out on the away goal. 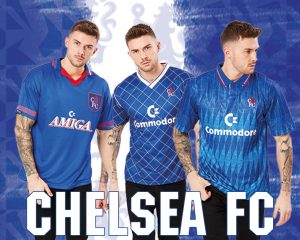