Stamford Chidge is joined by Jonathan Kydd, Mark Meehan, Marco Worrall and Martin Wickham to look back at the 1996-97 season.

Part Two of our look back at the 1996-97 season, one of the most memorable and emotional seasons in Chelsea’s history, picks up the story in January, with Chelsea drawn against Liverpool, Premier League leaders, in the 4th round of the FA Cup.

Chelsea are 2-0 down at half-time and it could have been 4 or 5. Gullit brings Mark Hughes on and the rest, as they say, is history. Thanks to Hughes, Zola and a Vialli brace, Chelsea forced a remarkable comeback to win 4-2 in what is one of the favourite matches of all time for many supporters.

While Chelsea’s league form held up well this season with impressive wins against Liverpool, West Ham, Spurs and Sunderland and a draw against Man Utd, resulting in their highest finish (6th) since 1990. But, the second half of the 96-97 season was really all about the FA Cup.

A dramatic penalty by Frank LeBeouf in Extra-Time against Leicester, was followed by a routine 4-1 thumping of Portsmouth in the quarter-final. Up against bogey side Wimbledon in the Highbury semi-final, Chelsea put on the style, winning 3-1 with Zola giving the Wimbledon defence “twisted blood”.

Reaching their second FA Cup final in 4 seasons, supporters believed this was Chelsea’s time as they faced Middlesbrough. None of us could have predicted that Roberto Di Matteo would smash in a goal from 30 yards after just 43 seconds to calm the nerves. Eddie Newton wrapped things up on 83 minutes as Chelsea won 2-0 to secure their first trophy in 26 years and second FA Cup after 27 years. No surprise then that the player’s celebrations lasted 45 mins after the trophy was handed to Dennis Wise. The supporter’s celebrations lasted much, much longer! 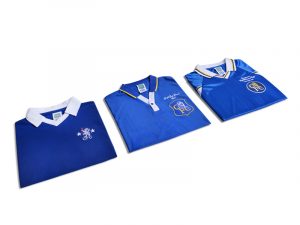