‘Care in the Community’ Chelsea FanCast #428

Date: 7th August 2018 at 8:14am
Written by: Stamford Chidge @StamfordChidge 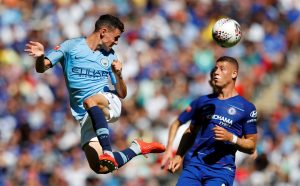 The Monday night Chelsea FanCast is back for the new season, tonight with Stamford Chidge, Jonathan Kydd and Mark Worrall.

On the show tonight we’ll be asking is the Community Shield just a meaningless friendly or can we learn anything from it.

In part two we take a look at what’s been happening for Chelsea in pre-season; where we are with transfers and who our hopes and fears are for the new season. And talking of fear we discuss the fear and loathing being played out in the internecine war being played out on social media between match going supporters and global armchair keyboard warrior fans. Should we be concerned?

In part three, we’ll have Tom from Team Profit on the phone to tell you how to beat the bookies for those of you who like a bet on the football and we’ll have the usual parish notices for Love Sport, Patreon, cfcuk, the Chelsea Supporters’ Trust AGM and the Chelsea Pitch Owners.

In part four Mark will tell us about the two new books from the Gate 17 stable – Arrivederci Antonio and The A to Z of Chelsea: Where Were You When We Were Shocking? And finally we have one email for Jonathan to read out.