The Chelsea Special is a series of interviews with Chelsea players & legends from the 1960’s to present day. Available to buy and download at £2.99 from chelseaspecial.podbean.com each podcast features an interview by Martin King & Stamford Chidge with legendary Chelsea players and celebrity supporters from the last 50 years.

When Frank Lampard returned to Chelsea as the club’s new manager in the summer of 2019, he said

“I want people here who want to be here. I played with fantastic players who felt the club”.

In a nutshell, Frank Lampard ‘gets’ Chelsea like the supporters do. Chelsea FC is a special club, but then as supporters we would say that wouldn’t we? But don’t just take our word for it. Jimmy Greaves, Chelsea’s star goal scoring prodigy of the late 1950’s and early 1960’s said of Chelsea:

‘My affection for Chelsea has never been a secret. I really do love the club. Chelsea: it’s a name. It’s probably the greatest name in the world: Chelsea. You think about it. What does it conjure up? It conjures up the best part of the biggest city in the world. It’s magical.’

And who are we to argue with the legend that is Jimmy Greaves.

Contrary to what you might have heard, Chelsea FC has a fine, distinguished and somewhat esoteric history. What better way to celebrate this than put on record the thoughts of the people who made Chelsea’s history: the players and the supporters. 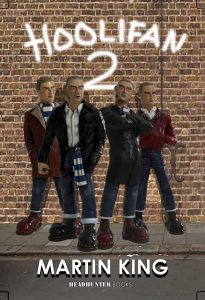 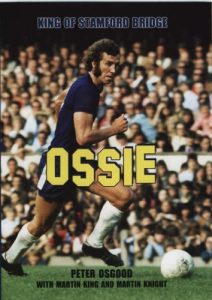 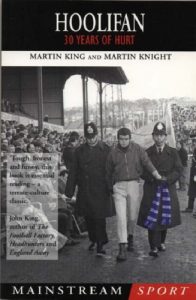 Produced and presented by lifelong Chelsea Supporters Martin King (author of ‘Hoolifan’ and ‘Ossie: The King of Stamford Bridge’) and David ‘Stamford Chidge’ Chidgey (producer and presenter of the award winning Chelsea FanCast; writer on Chelsea for cfcuk and Football.London); The Chelsea Special Podcast does just that.

Their aim is to put on record the thoughts, reflections and recollections of what it meant to play for and support Chelsea and contribute to our combined history. Each podcast will have an in-depth interview with Chelsea players from the 1960’s to the present day. They talk candidly, openly and from the heart on what it is like to put on the famous blue shirt. No stone is left un-turned and you will get answers to questions which have never been asked before.

Players, popstars, TV personalities, politicians, actors, models, writers and well-known terrace legends from the past and present. They all have one thing in common: their love for Chelsea Football Club. 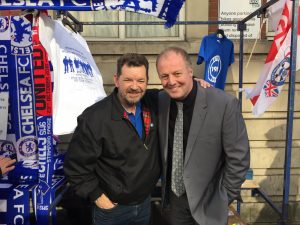 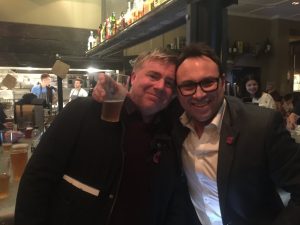 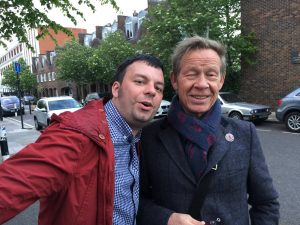 We’ve named the podcast ‘The Chelsea Special’ with a nod to another bit of Chelsea history; the ‘Football Special’ trains used by supporters to get them to and from away games in the 1970’s and 1980’s and paid for by collecting coupons from brands such as Jif and Persil. Cath McDonnell who has followed Chelsea for over 40 years, hardly ever missing a game wrote about the ‘Chelsea Specials’ here.

Those who traveled on them forged a bond, especially in the dark days of Chelsea when a hostile welcome awaited them and the performances of the team often disappointed. But the drinking, singing, atmosphere and camaraderie of those train journeys has stayed with anyone who was there at the time, many of whom still go to Stamford Bridge and beyond to this day.

Like so many of Martin’s generation, he followed Chelsea across the country; a time when hooliganism was rife and taking “ends” was the order of the day. Following Chelsea throughout the 60s, 70s and 80s was a way of life, a religion, underpinned by the camaraderie which unites those who were there then to this day.

As a Chelsea supporter Martin has been there, seen and done it all. His knowledge of Chelsea supporters and Chelsea over the last 50 plus years is unparalleled, as anyone who has read some of his books on Chelsea will know. 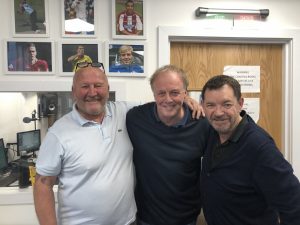 Previously a Film and TV Producer/Director for around 20 years, ‘Chidge’ has produced many programmes on football such as ‘The Greatest Goals For/Against Man Utd’; ‘50 Greatest Sportsmen We Love to Love/Hate’; ‘Berlin or Bust’ and ‘The WKD Shed Sports Show’.

He is probably best known for presenting the award-winning podcast, The Chelsea FanCast, which is now in its 11th season having started just before Chelsea’s ill-feted Champions’ League final in Moscow against Man Utd. He currently also presents a weekly football show on London based Love Sport Radio.

He has been a Chelsea season ticket holder in Gate 17 Matthew Harding Upper since 2003 and a supporter since the 1980’s. He writes weekly for Football.London and has been a regular contributor to the cfcuk Fanzine for many years as well as Plains of Almeria; cfcnet; Sabotage Times, Yahoo.com, International Business Times, The Dugout and Goal.com.

He is regularly asked to comment on Chelsea FC issues on and off the pitch for London Tonight; BBC Radio5Live; TalkSPORT; LBC; Love Sport Radio, Absolute Radio; CNN; NBC, TV2 and Sports Tonight Live and the written media such as the The Times, Telegraph, London Evening Standard, Mail and Mirror.